Owner
US Army Corp of Engineers

The consolidated East Coast headquarters of the National Geospatial-Intelligence Agency, NGA Campus East is the largest project delivered by the U.S. Army Corps of Engineers (USACE) since the Pentagon in 1943.

An integral part of the National Geospatial-Intelligence Agency’s (NGA) New Campus East, the Technology Center is a 125,000 square-foot data center that will support all electrical components and house the NGA data communications storage facility for classified information.  The Technology Center’s electrical system is notable for its exceptional craftsmanship, massive size, and the challenges presented by exterior factors, including a compressed construction schedule, complex design, limited and congested work areas, and coordination with multiple trades.  The system components include 34.5 kilovolt, 480 volt, and low-voltage systems including multi-module and rotary UPS systems, and power distribution units, all connected by a large, complex network of power feeders and busway. 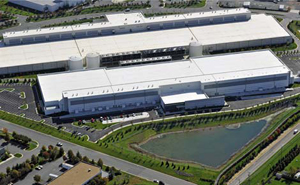 Located in the Ashburn Corporate Campus and designed to LEED standards, ACC6 is comprised of approximately 262,000 gross square feet with 130,000 raised square feet and 26.0 MW of critical load.

The facility is located in the Ashburn Corporate Center campus (ACC) in Northern Virginia and was constructed in two phases of 13.0 MW of Critical Load each; Phase 1 was delivered in September 2011, with Phase 2 delivered in December 2012.  With its flexible and efficient design, customers are able to lease one or multiple dedicated computer rooms each with independent redundancy and security.

Should a tenant’s requirement increase, our scalable solution enables them to take additional space as needed.  The facility is able to utilize the multiple major fiber providers currently on site and benefits from the area’s most competitive power rates.